The House Spider is probably the best known and perhaps the most hated of the Irish spiders - it is fairly large and hairy with long legs. It varies in colour from pale to dark brown, with variable sooty markings on the abdomen. Male and female house spiders are similar in appearance, but males have a more slender abdomen and longer legs. Although often detested, the House Spider provides a service wherever it occurs, reducing the number of flies and other unwelcome insects from our homes, so they are "nature's safest insecticides”. It makes a flat sheet-like silk web, typically with a tubular retreat at one corner. These webs can become fairly large when undisturbed. When an insect falls onto the web, the spider dashes out from its retreat, seizes the prey and returns to the retreat to consume the meal. Male House Spiders are usually seen more often than females, as they wander widely in search of a mate. After a male has found a female's web he will stay with her for a number of weeks, mating with her repeatedly during this time. He then dies and the female eats him, the nutrients within the male contribute to the development of his young. The word 'spider' derives from the Old English word 'spithra', which means 'spinner'. Spider webs have been used to heal wounds and staunch blood flow for many years. Found all over the world, the House Spider is common and widespread throughout Ireland and Europe. 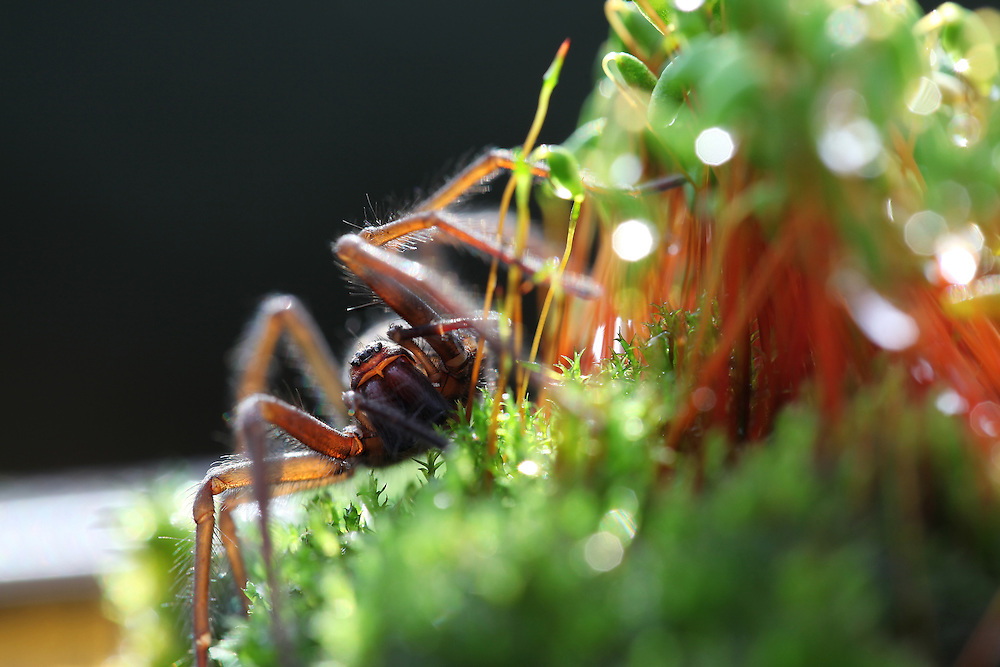