The Fox Moth is one of Ireland’s largest moths with a wingspan of 60 to 70mm (2.5 – 3 inches). It is found in most parts of the country and can be seen in May to early July. The male Fox Moths are a reddish brown colour (resembling that of a fox) with two, thin yellow stripes running straight across each forewing. Female Fox Moths are paler and more greyish in colour. The male flies by day and night, while the female only flies at night. The Caterpillars can be a little tricky to identify as they change colour as they grow. The younger caterpillars are black with thin orange bands along their length. The older caterpillars are a reddish-brown colour and covered in long grey hairs, known as setae. Although many species depend on camouflage as a form of protection against predators, the hair acts as a defence against birds and predatory insects such as parasitoid wasps, which find it difficult to penetrate beyond the hairs to lay eggs beneath the caterpillar’s skin. The Caterpillars eat a remarkably wide range of plants i.e.: Brambles, Strawberries, Raspberries, Alfalfa, Clovers, Blackthorn, Potentillas, Heathers and Roses. They live communally, protecting themselves with a web and hibernating through the winter. These dark hairy caterpillars can often be mistaken for the dreaded, but unrelated, Processionary Caterpillars, which have severely irritant hairs (similar to the Stinging Nettle or Poison Ivy). The caterpillars of the Fox Moth can be picked up and handled, although if you have sensitive skin you might find that they will give you a rash. The caterpillar won’t be too impressed either and will form a coil in self-defence. They can be found in grassland habitats including moorland, damp meadows, sand dunes and open woodland 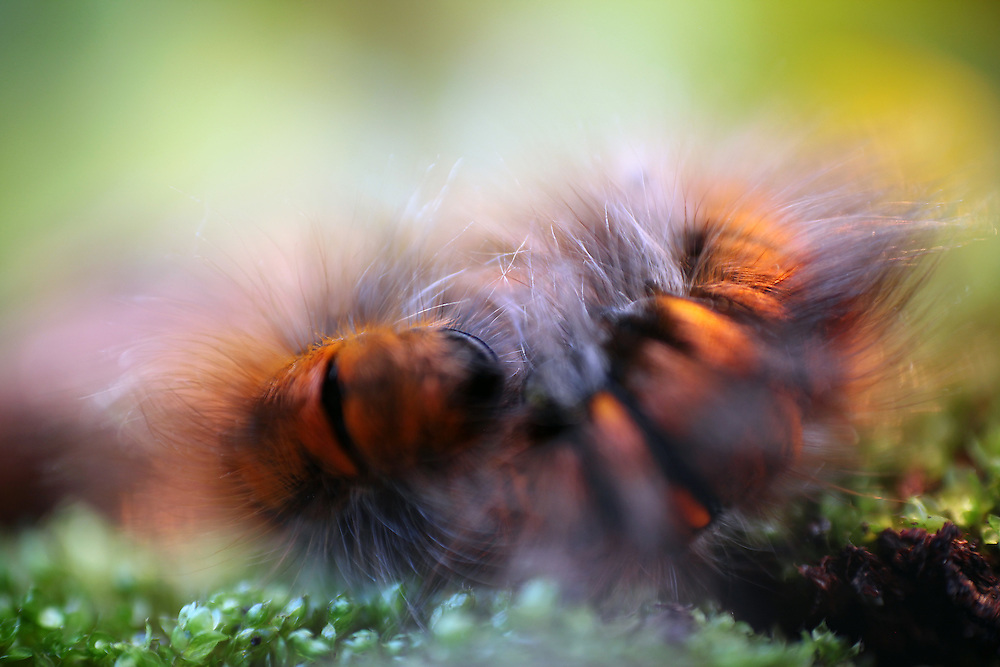