This handsome chap is the common Cockchafer Beetle, also referred to as the May bug, the Spang beetle or the Billy Witch, is a large beetle (15 - 20mm) that is usually seen in late Spring and early Summer. They are attracted to artificial light and often come indoors through open windows or even down chimneys. It has a life span of only 5 - 7 weeks, however the larvae lives under the ground for 3 - 4 years. Because of their long development time as larvae, Cockchafers only appear in a cycle of every 3 or 4 years. Males can easily be distinguished from the females by counting the number of 'leaves' on their remarkable antler or fan-like antennae, male’s sport seven ‘leaves’ while females have only six. These leafy antennae can detect pheromones, enabling males to find females even in the dark. Cockchafers were once highly abundant until pesticide use in the mid 20th Century almost obliterated them. Thankfully they have been making a comeback since the 1980’s with the regulation of pesticides. In the pre-industrialized era, the main mechanism to control their numbers was to collect and kill the adult beetles, thereby interrupting their life cycle. In ancient Greece, young boys used to catch the unwitting cockchafer, and tether it by tying a thread around its feet, amusing themselves by watching the poor chap fly aimlessly around in spirals. 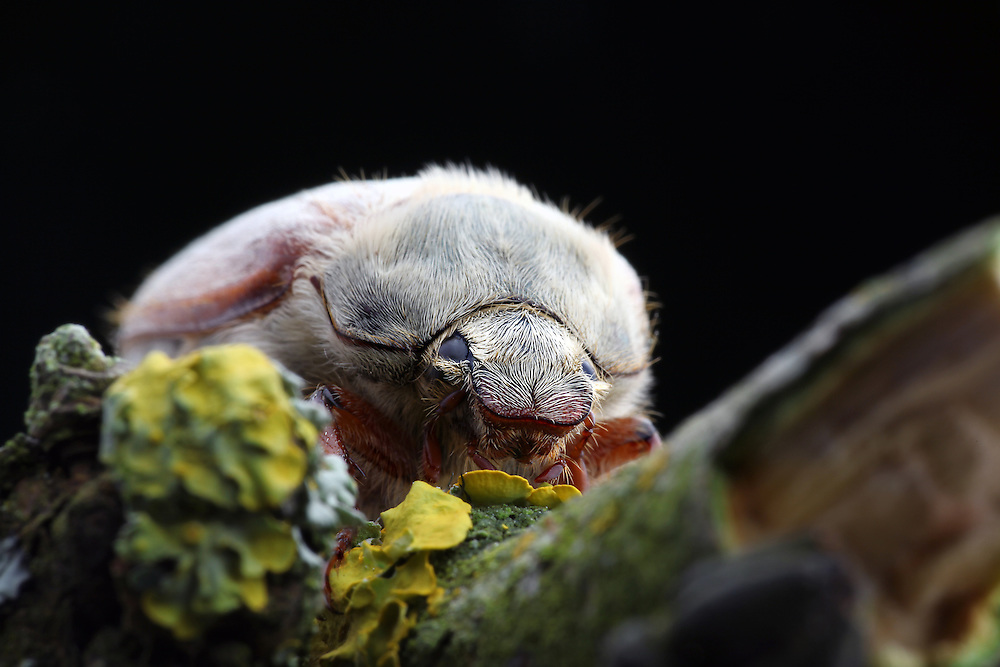