The Sickle-Bearing Bush Cricket can be found in most of Europe and as far eastwards as Japan, including all central Asia. It is a medium size (35mm) grasshopper with a pale green body covered with black spots and can be seen in dry locations: calcareous meadows, fallow lands, bushes and moorlands from July to October. It can be identified by its wings, which are much longer than the elytra (wing cases). The length of the antenna can reach four times the length of the body. The female's abdomen ends with a sharply upturned ovipositor. The Sickle-bearing Bush-cricket mainly feeds on plants and the female lay the eggs on the shrub's leaves, particularly on Blackthorn. The Sickle-bearing Bush-cricket can fly a relatively long distance when frightened. Although, not native to the British Isles, in 2006 a breeding colony was discovered during entomological survey work in Hastings Country Park Nature Reserve in East Sussex. This is the first confirmed breeding record of the species in Britain as adults and nymphs were recorded. Although it was also recorded in Cornwall over 100 years ago this may have been an occasional migrant but it seems that this continental species may be increasing its range. 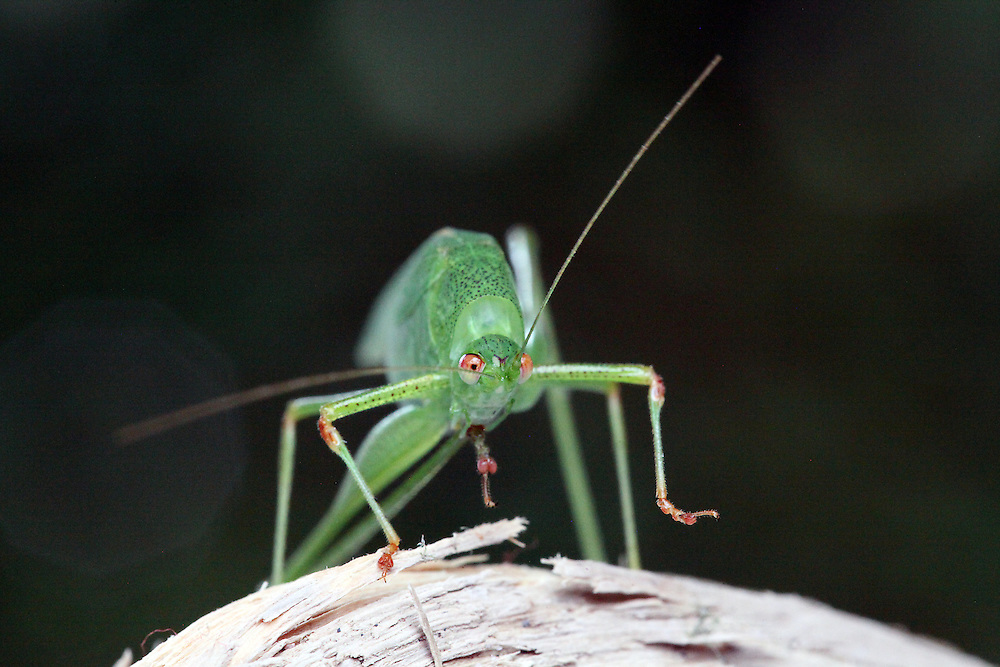