The Ladybird is a small colourful beetle that is found all around the world. There are thought to be more than 5,000 different species of ladybird in the world, with more than 450 species found in North America alone. It is best known for it's spotted body, normally red and black, but orange and yellow ladybirds are often found. Ladybirds are fearsome predators within their environment and are known as gardener's friends as they munch all of the tiny pests that eat the plants i.e. aphids, greenfly, plant lice and other small insects. It is thought that a single ladybird can eat more than 5,000 aphids in just one year. Ladybirds will hibernate in large groups in sites that are used year after year, and they are thought to hibernate in this communal fashion in order to increase their chances of surviving the cold winter. It is thought that pheromones are released by hibernating ladybirds and these pheromones attract other ladybirds to hibernate in the same place. The female ladybird can lay more than 2,000 eggs in one year that hatch in just a few days. Due to climate changes and habitat loss, the ladybird is now considered to be one of the animal species that is threatened with extinction. It has been noted that ladybirds are particularly sensitive to temperature and will die from dehydration if it is much hotter than it should be. It is thought to be good luck to find that a ladybird has landed on you, and most definitely bad luck if you then squash it! 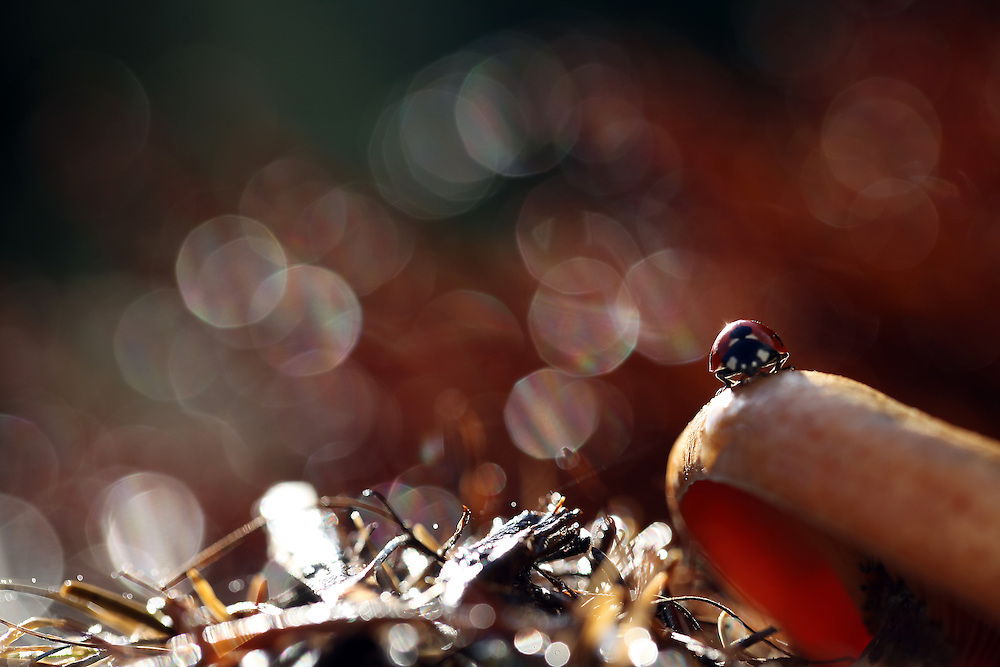