Green Tiger Beetles (the fastest insect on Earth) are easily recognized by their iridescent green colour with yellowish spots on their back. Adult Green Tiger Beetles can be seen from April to September and are between 10 - 15mm in length (they have a life span of 6 weeks). They have long legs that make them agile when hunting for prey and large eyes making them the perfect predator. If disturbed, they will fly short distances making a buzzing sound in flight. Green Tiger Beetles have extremely large jaws (mandibles) that have several teeth that resemble two curved swords with pointed blades. They are among the fastest insects on Earth, they can run at a speed of 5.6 mph, which relative to its body length, is about 22 times the speed of an Olympic sprinter & the equivalent of a human running at 480 miles per hour. In fact, Tiger Beetles run so fast that they actually lose the ability to see once they start moving. They have to visually lock on to their prey first, or run in short bursts to re-orient themselves as they chase their food. Either way they are so fast, their prey stands little chance of getting out of the way in time. Adults feed on any small invertebrates that they can catch including spiders, caterpillars, ants & other beetles. "If a military designer needed a model for a perfect combination of jeep and aircraft, able to switch from one to the other instantly, he need look no further than these feisty little creatures". 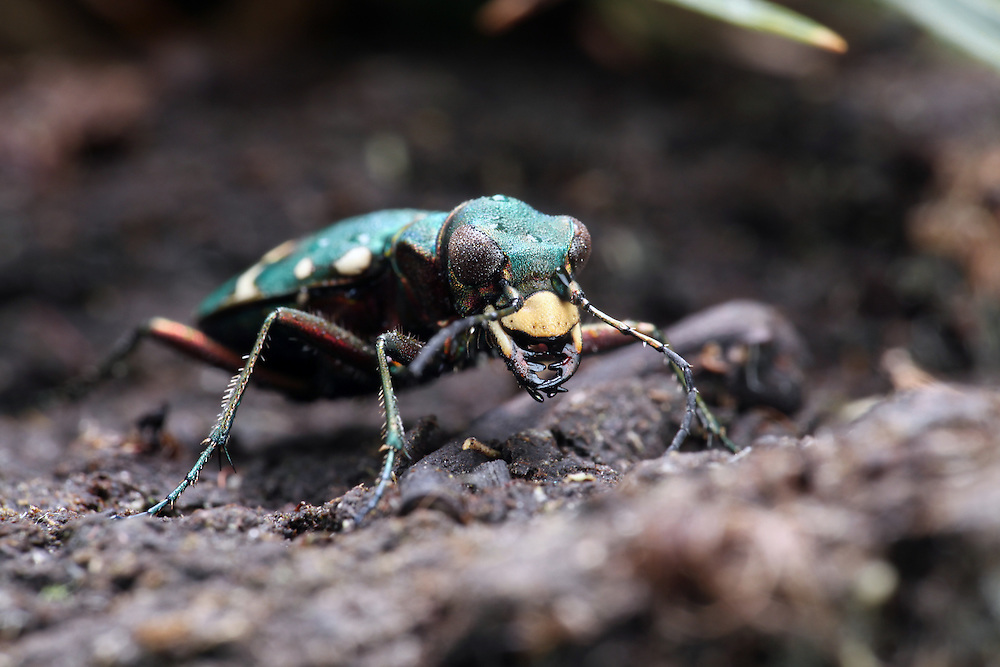