The Fire Bug or Red Bug is a common insect in Europe. It is easily recognizable due to its striking red and black coloration, it is distributed throughout the Atlantic coast of Europe to northwest China. It has also been reported from the USA, Central America and India. In 2008, the red Fire Bug was first discovered in North America in the southeastern area of Salt Lake City, Utah. Their recent appearance in the United States cannot be explained, but likely they were transported on plant material from Europe or Asia. In Europe, they feed on a wide range of dry, ripe seeds; the nymphs and adults are most commonly found on mallow, linden and lime trees. Firebugs generally mate in April and May and they can often be found in groups (perhaps a hundred individuals) near the base of lime tree trunks (especially on the sunny side). They can be seen in tandem formation when mating which can take as long as 12 hours up to 7 days. 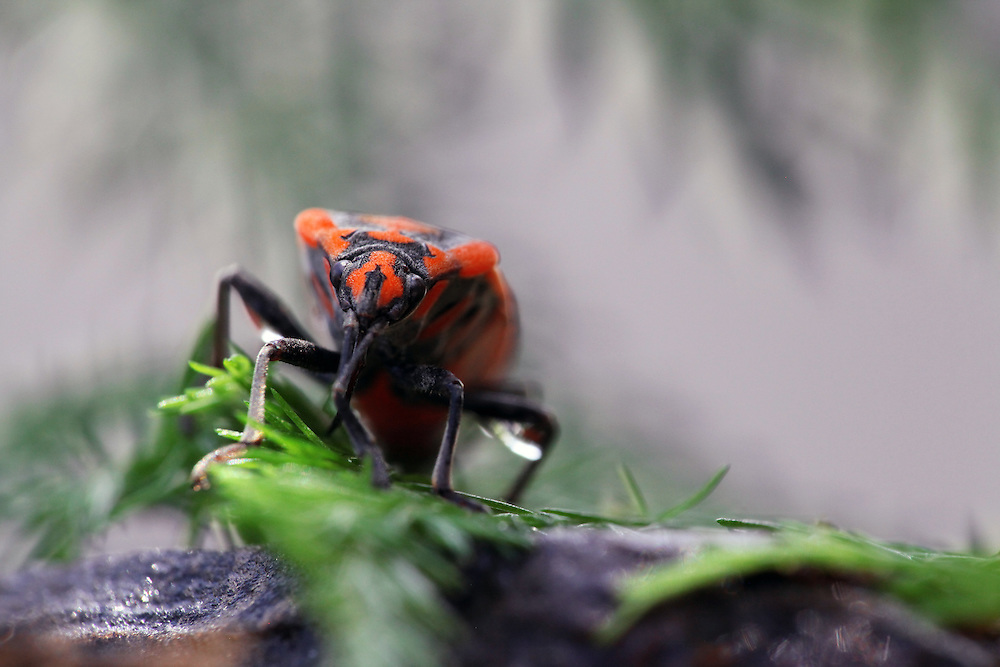