The Tehachapi Pass wind farm is one of the first large scale wind farms installed in the U.S., with around 710 megawatts (950,000 hp) produced by about 3400 wind turbines. Wind development in the Tehachapi Pass began in the early 1980s by James Dehlsen and Zond Corporation. The first set of wind turbines installed were of American-made Storm Master brand, however they proved troublesome and eventually had to be replaced. Dehlsen turned to Danish-built machines later, which now make up the majority of the turbines at the pass. The area hosts a multitude of wind farms, comprising one of California's largest wind resource areas. The pass is undergoing much repowering activity. The area has multiple generations of wind turbine technology installed, including both single and double-blade turbines, as well as the more modern three-blade horizontal axis design. The older generation turbines generate kilowatts, and the modern turbines installed generate up to 3 megawatts, depending on the specific turbine and manufacturer. The Tehachapi wind resource area is a net exporter of generation to other parts of the state of California. A state initiative to upgrade the transmission out of Tehachapi (Tehachapi Renewable Transmission Project) began in 2008 and was expected to be completed by 2012. This has opened the door to further regional wind power development and multiple projects are expected to be installed to utilize that capacity. A prime location for viewing the turbines is off of State Route 58 and from Tehachapi-Willow Springs Road. 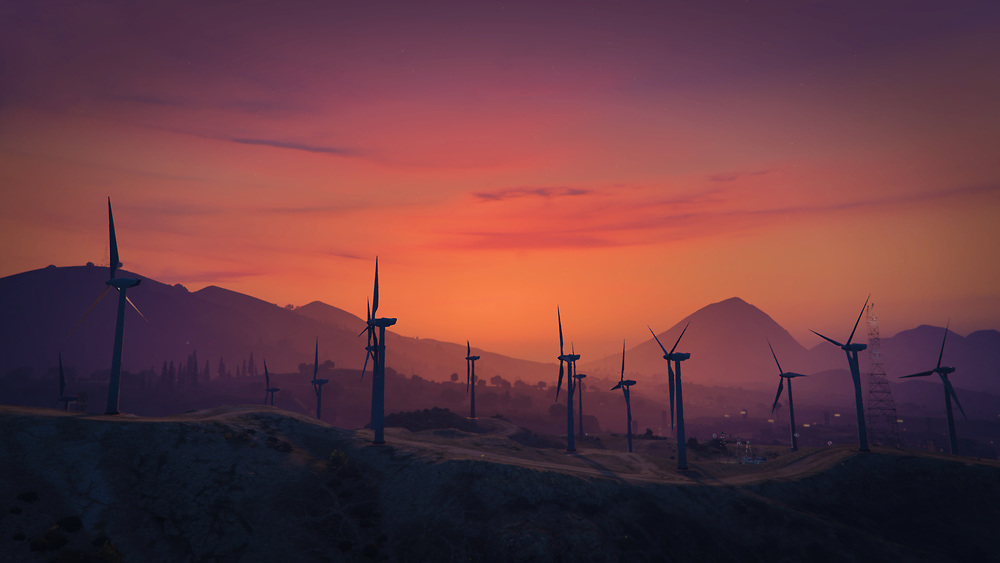