Grasshoppers existed long before dinosaurs. The ancestors of our modern day grasshoppers evolved well over 200 million years ago, during the Triassic period, when the first reptiles appeared on earth. The fossil record shows that primitive grasshoppers first appeared during the carboniferous period, more than 300 million years ago. Most ancient grasshoppers are preserved as fossils, although grasshopper nymphs are occasionally found in amber. Grasshoppers cause billions of dollars in damage to food crops worldwide, annually. A lone grasshopper doesn’t do much harm, although it eats about half it’s body weight in plants every day. When they swarm, their combined feeding habits can completely defoliate a landscape, leaving farmers without crops and people without food. In the United States alone, grasshoppers cause about $1.5 billion in damage to grazing lands each year. Grasshoppers sometimes “spit” brown liquid in order to defend themselves. If you’ve handled enough grasshoppers in your day, you’ve probably had a few spit brown liquid on you in protest. Scientists believe this behavior is a means of self-defence, and that the liquid helps them repel predators. Some people say that 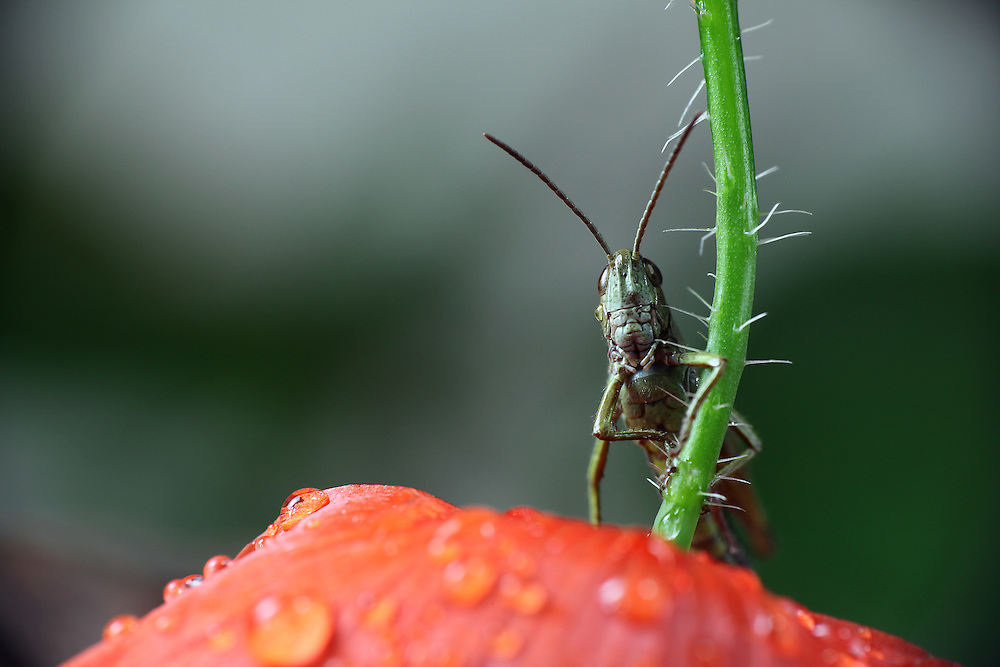